WAYNE VALLEY HIGH SCHOOL BAND ALUMNI
This site is dedicated to the members of the WVHS Band from 1969-1998, "The Tedesco Era". 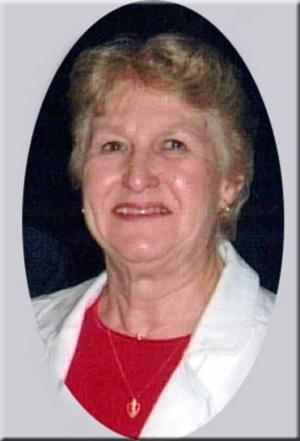 It is with deep sadness that once again I must post yet another passing of a parent. This time of four alumni, Pat Zuber Walmach, Jeffrey Zuber, Ellen Zuber Donnellan, and Bill Zuber; and mother-in-law to alumni Joe Walmach. Jacqueline Zuber, age 78 of Wayne passed peacefully Wednesday, November 23, 2011 at home.

Mrs. Zuber and her late husband were both active in the band parents organization and always very supportive of the band program.

The Wayne Valley Band Alumni Association wishes to extend heartfelt sympathies and condolences to the Zuber, Donnellan, and Walmach families.

Funeral services will be held Monday, November 28, 2011 at 9 AM from the Vander May Wayne Colonial Funeral Home, 567 Ratzer Road, Wayne then to Our Lady of The Valley RC Church, Wayne where at 10 AM a Funeral Mass will be offered. Friends may visit with the family at the funeral home on Sunday from 2-4, 7-9 PM. Those planning an expression of sympathy in Mrs. Zuber’s memory are asked to consider The Wayne Foundation For The Handicapped, 30 Woodridge Terrace, Wayne 07470 or The Memorial Sloan Kettering Cancer Center, 1275 York Avenue, New York, NY 10087-7106. For more information visit www.vandermay.com.

On a personal note, I will always remember the many times I had been welcomed to the Zuber home by Mr. and Mrs. Zuber for many get-togethers and special occasions over the years, and always treated like I was a part of their family, ...as they were always a great big part of ours. 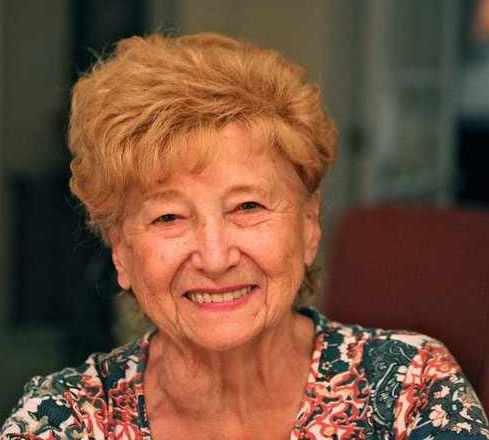 It is with deepest regrets that I must post the passing of Mrs. Anne Patterson, the mother of Alumni members Don and Tab Patterson. Mrs. Patterson passed away Tuesday, November 8, 2011 following a courageous battle with thyroid cancer. She was extremely active and devoted to the Band Parents organization during both Don and Tab's years at WV in the '70's and early '80's. Many of you had the pleasure to have met Mrs. Patterson back in the day or as a neighbor in Packanack Lake. While in high school, some of us were even given the opportunity for summer jobs at Passaic General Hospital where Mrs. Patterson was the hospital administrator. This beautiful and gracious lady will be dearly missed. On behalf of the Wayne Valley High School Band Alumni Association, we extend our heartfelt condolences and sympathies to Don, Tab, their family and friends.

Andrew C. Robinson, age 49 of Floral Park, NY ( formerly of Wayne, NJ) passed away on May 12, 2009. Loving huband of Catherine and son of Cecilia and the late John Robinson, brother of Margaret “Peggy” Ahlen and her husband Steven of Wayne and Edward Robinson and his wife Judy of Wayne.

John Robinson age 78 of the Packanack Lake section of Wayne died Sunday, April 20, 2008 at Saint Clare’s Hospital in Denville. His passing was quiet and peaceful while receiving the loving care of his family.

He was born in Bronx, New York and had lived his formative years in Kearny before moving to Wayne forty-three years ago.

John received his formal education at Kearny High School graduating with the Class of 1948.

He served in the Army from 1953 to 1955 in the 9th Infantry Division at Fort Dix, New Jersey where he received training as a Wireman. He was then stationed in Germany for eighteen months. He was a member of the Veterans of Foreign Wars Post 6255.

John was employed by Public Service Electric in Irvington, West Orange and Clifton for thirty-seven years as a Lineman. He retired from work in 1992.

He was a member of the Wayne Presbyterian Church in Wayne where he had served as a Deacon.

John leaves his family with many fond memories of a caring, very kind personality that was always reaching out to others in their time of need. His persona is best described, as selfless, putting others needs before his own causing him to be admired by many friends. He was a very proud father and grandfather. Perhaps the biggest joy in his life came from arrival of his grandchildren whom he loved with all of his heart.

John and Cecilia Robinson were married for fifty-two years in a very loving and devoted two peas in a pod marriage. They went to Kearny High School together and they have been a couple since those High School years. When they celebrated their fiftieth wedding anniversary they took their entire family on a cruise to the Caribbean that they will never forget.

Funeral services will be held Saturday, April 26, 2008 at 9 AM from the Vander May Wayne Colonial Funeral Home, 567 Ratzer Road, Wayne then to the Wayne Presbyterian Church, 1200 Alps Road, Wayne for a 10 AM Funeral Service.

Friends may visit with the family at the funeral home on Friday from 2-4, 7-9 PM. He was born in Kearny and lived in North Arlington before moving to Wayne forty-six years ago.

His education includes attending Wayne Valley High School, Wayne with the class of 1975; Montclair State University, Montclair where he graduated with a Bachelor of Arts Degree in Music Education and the University of Miami, Miami, FL where he received a Masters Degree in Music and Jazz Performance in both Acoustic and Electric Bass.

Chuck was a Professional Bassist having played with well knowned artists. Some of which include: Michael Amante, Julie Budd, Herb Bernstein and many others. Chuck enjoyed playing concerts with many local orchestras. He also appeared on The Emeril Lagasse Show and All My Children.

Chuck was a member of the New York and New Jersey musician unions.

Beloved husband of nineteen years to Lisa (Rudy)Sastre; loving father of Joseph C. Sastre III and Chantal V. Sastre both of Wayne; devoted son of the late Joseph Charles Sastre(1963) and Marge Smith and her late husband Walter(2000); loved brother of Pam Sastre-France and her husband Steven of Jeffreson Twp. And Greg Smith and his wife Marge of Baldwinsville, NY; much loved uncle of Doug, Matt, R.J., Jonathan, Johnnie, Jessica and Taylor; cherished by many cousins.

The "Joseph Charles Sastre Scholarship Fund" has been established and donations may be sent to Matt Paterno at Wayne Hills High School, 272 Berdan Avenue, Wayne, NJ 07470